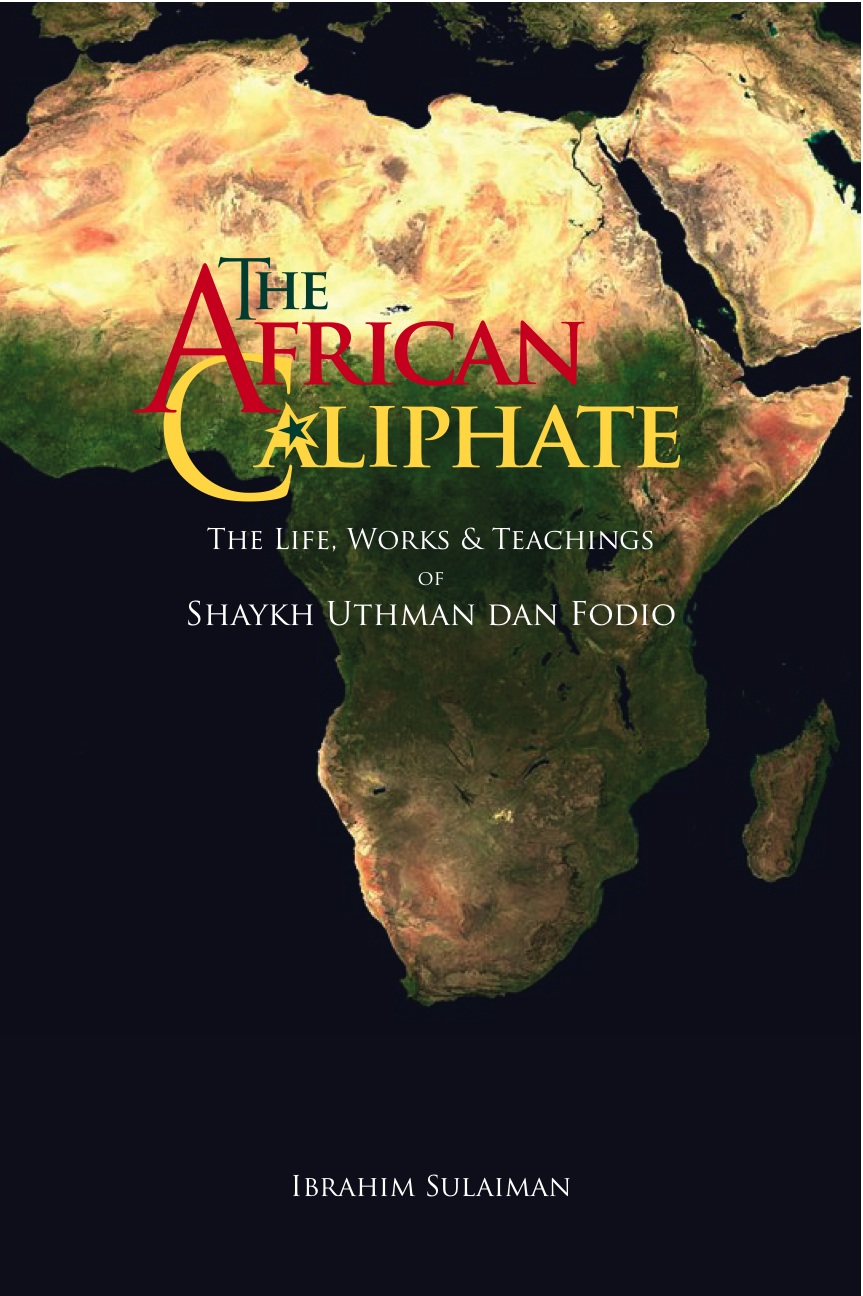 This scholarly work focuses on the establishment in 1809, in what is today Northern Nigeria, of the celebrated Sokoto caliphate, which may well have been the last complete re-establishment, anywhere in the world, of Islam in its entirety, comprising all its many and varied dimensions. As well as giving the biography of the Shehu and a comprehensive account of the history of his movement, the book also provides an in-depth examination of his teaching and literary works. These factors are all inextricably interwoven since, in a way scarcely equalled  by any other historical figure, the Shehu’s writings sprang directly out of the exigencies and requirements of his immediate situation and were what drove his movement forward and articulated its vision. As will be seen, his sole inspiration and source of guidance in every instance were the Book of Allah and the Sunnah of His Messenger # to such a point that he even died at exactly the same age. It is also astonishing how relevant the Shehu’s teachings are, in spite of the clear difference in both time and environment, to the situation of so many Muslims in the world today and the solution to many of the problems currently besetting Islam are clearly indicated within its pages.

Abdassamad Clarke is from Ulster and was formally educated at Edinburgh University in Mathematics and Physics, and in Cairo in Arabic and tajwid and other Islamic sciences. He accepted Islam at the hands of Shaykh Dr. Abdalqadir as-Sufi in 1973. In the 80s he was secretary to the imam of the Dublin Mosque, and in the early 90s imam khatib of the Norwich Mosque, where he is currently an imam and teacher. He has translated the Muwatta of Imam Muhammad by Imam Muhammad ibn al-Hasan ash-Shaybani (jointly with Muhammad Abdarrahman), which was published by Turath Publishing at the end of July 2004 and a number of other works from Arabic: al-Qawl al-mu'tamad fi mashru'iyyat adh-dhikr bi'l-ism al-mufrad by Shaykh al-Alawi on the standing in Shariâ€™ah of using the divine name in dhikr, which was published by Diwan Press as first part of The Two Invocations and since republished by Madinah Press, The History of the Khalifahs (the chapters on the Khulafa ar-Rashidun from as-Suyutiâ€™s Tarikh al-Khulafa), the Complete Forty Hadith (translation of Imam an-Nawawiâ€™s Forty Hadith along with the Imamâ€™s explanation of their fiqh and linquistic usages) and Kitab al-Jamiâ€™ by Ibn Abi Zayd al-Qayrawani (published as A Madinan View), Rijal â€“ narrators of the Muwatta of Imam Muhammad, all published by Ta-Ha Publishers of London, Kitab al-athar by Imam Abu Hanifah and transmitted by Imam Muhammad ibn al-Hasan ash-Shaybani (Turath Publishing 2006), The Compendium of Knowledge and Wisdom (a translation of Jami' al-'ulum wa'l-hikam by Ibn Rajab al-Hanbali, published by Turath Publishing 2007). In addition he has edited Aisha Bewley's translation of Ibn Hajar's abridgement of at-Targhib wa't-Tarhib, Ibn Taymiyyah's al-Kalim at-Tayyib both published by the UK Islamic Academy, Dr Asadullah Yate's translation of al-Ahkam as-Sultaniyyah, published by Ta-Ha Publishing and a number of other works. He is currently engaged with SuÃ¡d Ã˜stergaard on a translation of the Qurâ€™an into Danish, the first volume of which translated in collaboration with Jakob Werdelin, comprising Surat al-Fatihah, Surat al-Baqarah and Surah Ali â€˜Imran, was recently published as Den gavmilde Qurâ€™an: en fremlÃ¦gning of de tre fÃ¸rste suraer by Havens Forlag of Copenhagen. Translations yet to be published include Traditions of the Sunnah (Athar as-sunan) by Shaykh Muhammad ibn â€˜Ali an-Nimawi (jointly with Mawlana In'amuddin), to be published by Turath Publishing Ltd. Among his unpublished translations are the Sciences of Tafsir comprising portions of Ibn Juzayy al-Kalbiâ€™s Qurâ€™anic commentary at-Tashil li â€˜ulum at-tanzil, in particular his introductory sections on the essential elements of the sciences necessary for tafsir. He is author of a number of childrenâ€™s books, The Year of the Elephant, The Great Victory and The Last Battle all of which are on the sirah of the Messenger of Allah, may Allah bless him and grant him peace, as well as The Story of Stories about the Prophet Yusuf, peace be upon him, in which he drew a great deal on the commentary of Ibn Juzayy, may Allah be merciful to him. He has also a poem God is Dead published in the Minaret journal of Stockholm, Sweden, and an as-yet unpublished collection of short stories called Tales Are Like That, and a novel called The Wings of the Butterfly. Abdassamad is a teacher of both adults and children in Qurâ€™an recitation (tajwid) and meanings, Arabic language and the deen in general, most recently having organised and taken part in a conference under the auspices of Islamic Events of London on the History of the Islamic Khalifate, and having given discourses in London, Edinburgh, Dublin, Jena, Weimar, Copenhagen and the Midlands. 18 April, 2007 0:03 View more posts